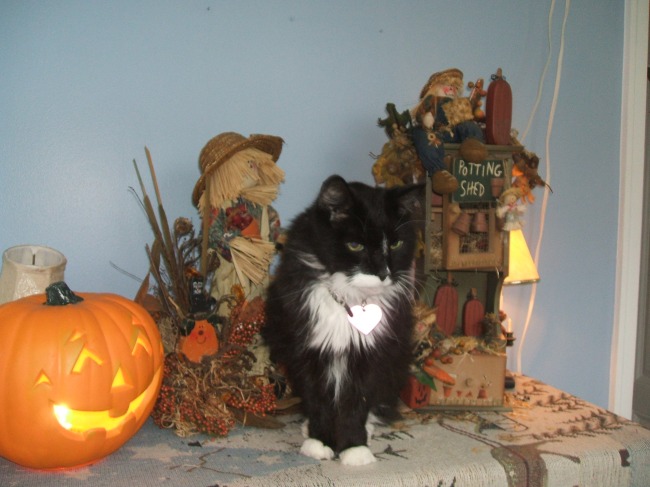 Today Mum woke up to her sixteen year old cat’s uncomfortable hobble. He just didn’t look right. As a matter of fact, he looked “askew”.

Dutiful Mum that she is, she promptly called the vet. They go to Lewiston Animal Hospital, in, you guessed it, Lewiston. They have been going there for sixteen years.

Jennifer’s cat travel case was at her house, and Mum was busy with no time to spare. So, “Kitty” as he is affectionately called, went freestyle. He sat on her lap looking out the window and taking in the views.

It just so happens that it was Halloween, so they passed all sorts of excited looking children on their way home to get ready for trick-or-treating. They drove by houses decorated with pumpkins, corn stalks and various “scaries”.

Another view Oreo took in was the great Niagara Gorge. Does he know how lucky he is? The great Niagara Gorge is filled with lovely colored trees this time of year and Kitty sat, nose close to the window, taking in the view. Some people wondered at the black and white cat placed squarely upon Mum’s lap,  right by the steering wheel!

Along the route, they passed the Power Vista as well, which is right across the road from Niagara University.

As they passed NU, Kitty noticed the Niagara University Theater. He’d heard from friends about their wonderful plays, and wondered if they were going to do a production of “The Cat Who”? www.niagara.edu/theater

Downhill in the village of Lewiston, once they got to the vet’s, Oreo was offered treats. They even gave Mum some apple cider and donut holes! The ladies at the front desk were dressed up in costumes and there was a contest for the best dressed pet. 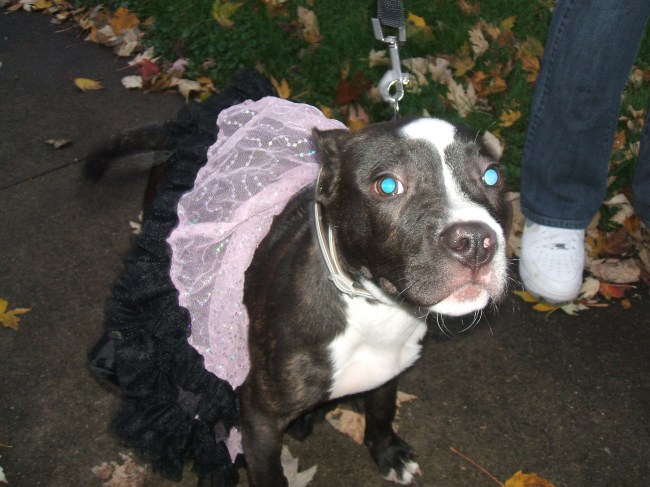 When Kitty went into the office, he was surprised to see the Doctor dressed up as a mouse! But Kitty knew it wasn’t a REAL mouse.

They loved Oreo so much at the vet’s that they took turns holding him and stroking his long, dark fur. It turns out that he’s just getting a little old and so they told Mum how to give him some special loving care.

After waiting for too long, Kitty got impatient and jumped out of Mum’s arms and hid under a pet food display case! One of the workers had to pull him out. Naughty boy.

He sat on the floor of the car all the way home, he’d had enough scenery for one day. He wobbled a bit, to and fro, after his examination, but before he knew it, he was back home at his very own water dish. Was it all a dream?

After they returned, the kids were there, waiting in costume, hands outstretched to get some treats of their own. Cousin Jordan was there to help hand out the goodies, and posed for a photo with his favorite cat cousin.

Oreo took his place on the front porch, at the window, as he does every year, so that he can spy out the goblins, lady bugs and werewolves.

But alas, it has been a busy day, and he is now sleeping on the chair right next to Mum. What a big adventure he had today! Sweet dreams of cat nip, guppies and puppy love. ❤ ❤ ❤