One of my all time favorite places to write.

There is a space along the Niagara gorge, between the Devil’s Hole and Whirlpool Parks that holds my heart. The land slopes gently downward, among slithering bends, parallel to the mighty Niagara, though lofty heights above. A stately old bridge graces a water run off and large trees play hide and seek with chipmunks and squirrels.

I love lazy autumn afternoons, when the air is still and the sky grey, when there is a mere wisp of a cool breeze, indicating what is yet to come.

But nothing can properly describe the breath taking visuals, nor the total immersion of sounds; a regular feast for the senses; crickets, katydids and grasshoppers chorus their canticle, alongside the hum and roar of the waters rushing below. Up above, whirlybirds (helicopters) hum their constant Niagara tune, a theme played multiple times daily, delivering thrills to hundreds of tourists.  Cars and lawnmowers chime in to remind us that this is actually a giant slice of nature placed in an urban setting…or perhaps the other way around.

A residential area is directly across the Robert Moses Parkway. Deveaux has many stately old homes.

The Canadian side is so close, one feels as though they could reach out and touch it, (if you had a freakishly long arm)! The Niagara Glen is just across the way, a place my high school class made an annual visit for our year end picnic. Now here I sit, writing from Western New York, an observer of little bodies climbing up and down stairs and rocks like ants.

Back here, in continued observation, the Great Niagara Whirlpool is to my left. (It’s also home of the Spanish Aero car accessible from Canada only). To the right are both power plants, the American Niagara Power Project and Canadian Sir Adam Beck. The Niagara Power Project is easily accessible from here, a mere stones throw away. The Robert Moses Parkway also jangles along the gorge from beyond Youngstown NY on one end and to the far end of Niagara Falls on the other.

This is the converted Robert Moses Highway. On one side there is a road, and this side is a pedestrian and bike pathway. Part of this land is protected so that the flora and fauna can grow naturally.

Regarding trail accessibility, bike and hiking trails, both dirt and paved (adjacent to the Robert Moses Parkway) are varied. The trails available are for both the adventuresome and the more gentle soul. Hikers, bikers, joggers, dog walkers and strollers all live together in perfect harmony…or at least they use some of the same path ways! Picnic tables, and bathrooms are also available. (seasonally).

I prefer to stroll along the top of the gorge, gaze at the beautiful vistas, take pictures in a photographer’s paradise and dodge the occasional squirrel,  sitting ‘neath the tree, with my name on it, putting pen to ink… 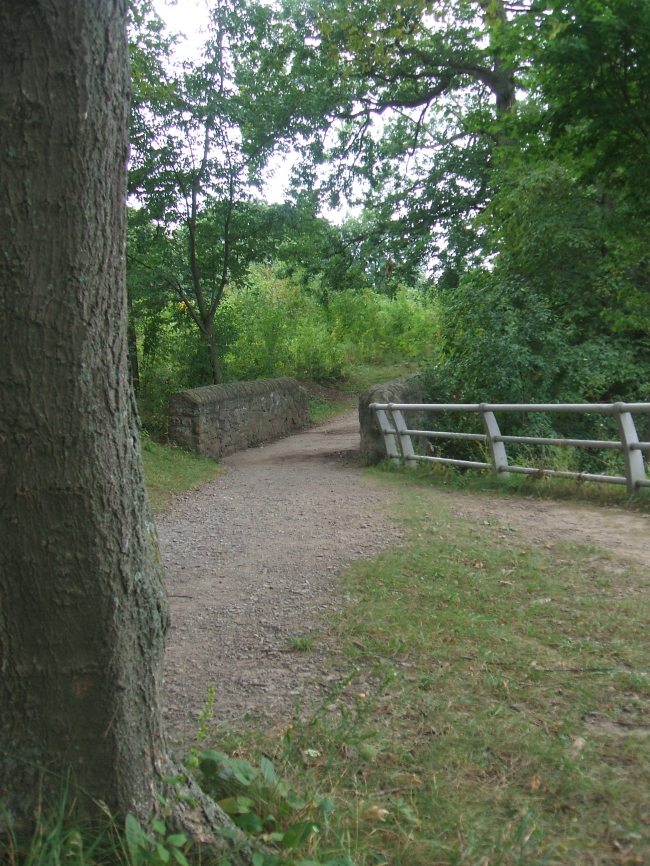 12 thoughts on “The secret inspiration of the gorge”